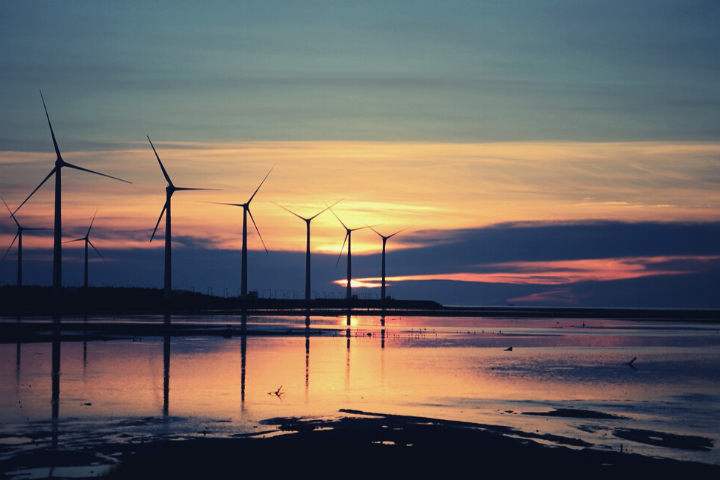 On May 19, NECEC hosted the first event of its three part series, Connecting Regions on the Road to COP26. Lessons from the North Sea focused on how the Northeastern United States can learn from the UK’s efforts to develop offshore wind.

Throughout the North Sea, the country has implemented 10 gigawatts (GW) of offshore wind, or enough energy to power more than 12.7 million homes across the UK. The UK is taking major steps to address  climate change by transitioning to clean energy, but many hurdles to offshore wind deployment remain. Stakeholders who took part in the Lessons from the North Sea event discussed challenges they continue to see around goal setting, long-term planning, and collaboration.

With news about recent regional and national net-zero goals, such as New York’s target of 70% renewable electricity by 2030, the UK’s goal to add 30 GW of offshore wind by 2030, and the U.S.’s new target of a 50% reduction in greenhouse gas emissions by 2030 and an additional 30 GW of offshore wind by 2030, the world seems to be moving in the right direction on clean energy. These declarations are a huge victory for the offshore wind industry, but as David Hardy of Orsted remarked during the event, now that this challenge of goal setting is over, we only have more to overcome.

According to the panelists, the most pressing issue facing the offshore wind industry today is strategic planning. The typical offshore wind turbine can last 20 years, but as the panelists discussed, we must think even longer than that when planning grid networks, and a proactive approach to industry growth is necessary if we are to successfully combat climate change. When looking at the UK, their initial planning did not account for the scalability that they plan to achieve by 2030 and 2050. Now, they need to redesign, replan, and reconfigure the system they have in place to accommodate the growth of the industry.

In contrast, the U.S. does not have an established offshore wind system. As speaker James Cotter of Shell said, the U.S. is starting with a blank slate and has a great opportunity to learn from the UK’s mistakes by strategically planning our offshore wind industry for 50 or more years in the future.

To successfully address the challenge of long-term planning in the U.S., the panelists urged that we need to develop a new offshore network grid model. Currently, the offshore wind industry relies on point to point connection where one or more wind turbines are simply connected to a grid connector through underwater cables. As more wind turbines are constructed and more people rely on offshore wind energy, it will become more challenging to scale up.

One potential solution to this challenge is an interconnected system with multiple regional hubs. This would allow for consumer demand to be met without overloading the system, making the process more efficient than the traditional point to point system. Companies such as New Jersey’s Anbaric, an NECEC member, are leading the way for these systems in the Northeast. National Grid released a report on the future of the offshore grid in December 2020 that urges that we need to take an integrated approach to the development of the offshore grid as soon as possible in order to see the greatest benefits. Although quick action is key in solving this issue, developers and governments alike must be diligent in planning this new grid.

The panelists also stressed that collaboration will be key to the development of the offshore wind industry in the U.S.

Panelist David Hardy of Orsted said stakeholder management will be vital to success in offshore wind, and it is not difficult to see why - the industry involves several layers of government from multiple countries, competing developers, local communities, and other marine industries. This can often lead to competition and disagreement, but for the sake of the greater good, the shields and weapons may need to be put down: developers can share resources and supply chains and governments can share strategies.

David Hardy and NECEC President Peter Rothstein touched on this issue during Lessons from the North Sea, pointing out that stakeholder management often falls to the developer. Companies have a difficult task of working with and trying to please all stakeholders in each of their individual projects. Peter and David touched on the role of the federal government and how developing a standardized framework or policy for offshore wind development might take some of the burden off of the developer by simplifying the construction process, thereby allowing the industry to grow more quickly.

With collaboration from multiple stakeholders, we will only make greater progress in this fight. As James Cotter said during Lessons from the North Sea, creativity and innovation will be essential to solving this issue.

To learn more about NECEC’s Connecting Regions on the Road to COP26 event series, subscribe to our email list. We will be sharing news about upcoming events in the series soon.