The US Offshore Wind Industry Takes Flight off Block Island

Fifteen miles off the coast of Rhode Island, the US offshore wind industry has taken a giant step forward. With Deepwater Wind’s Block Island Wind Farm constructed and set to deliver electricity to customers as soon as November, offshore wind has officially arrived. I recently joined representatives from Acadia Center, MIT, the Quebec Consulate, and other members of the New England Consumer Liaison Group (CLG) to visit the Block Island site and learn more about the amazing project.

After taking the Block Island Ferry from Point Judith, we boarded small charter vessels that brought our group right to the base of the turbines three miles off the coast of the island. There, our group was treated to jaw-dropping views of the project’s five GE Haliade 150-6 megawatt (MW) turbines. Perched atop 360-foot towers, these turbines will provide a total generating capacity of 30 MW and deliver enough energy to power 17,000 homes annually (thanks to an estimated 47% annual capacity factor). Designed to withstand and harvest energy from winds as low as 6 mph and as high as 56 mph, the turbines and blades are equipped with sensors to optimize their wind profile (or, in the rare case of hurricane-force winds, pivot away from the wind to minimize resistance). The project will all but erase Block Island’s reliance on aging, high-emitting diesel generators and export additional power to the mainland distribution grid via underwater transmission cable. 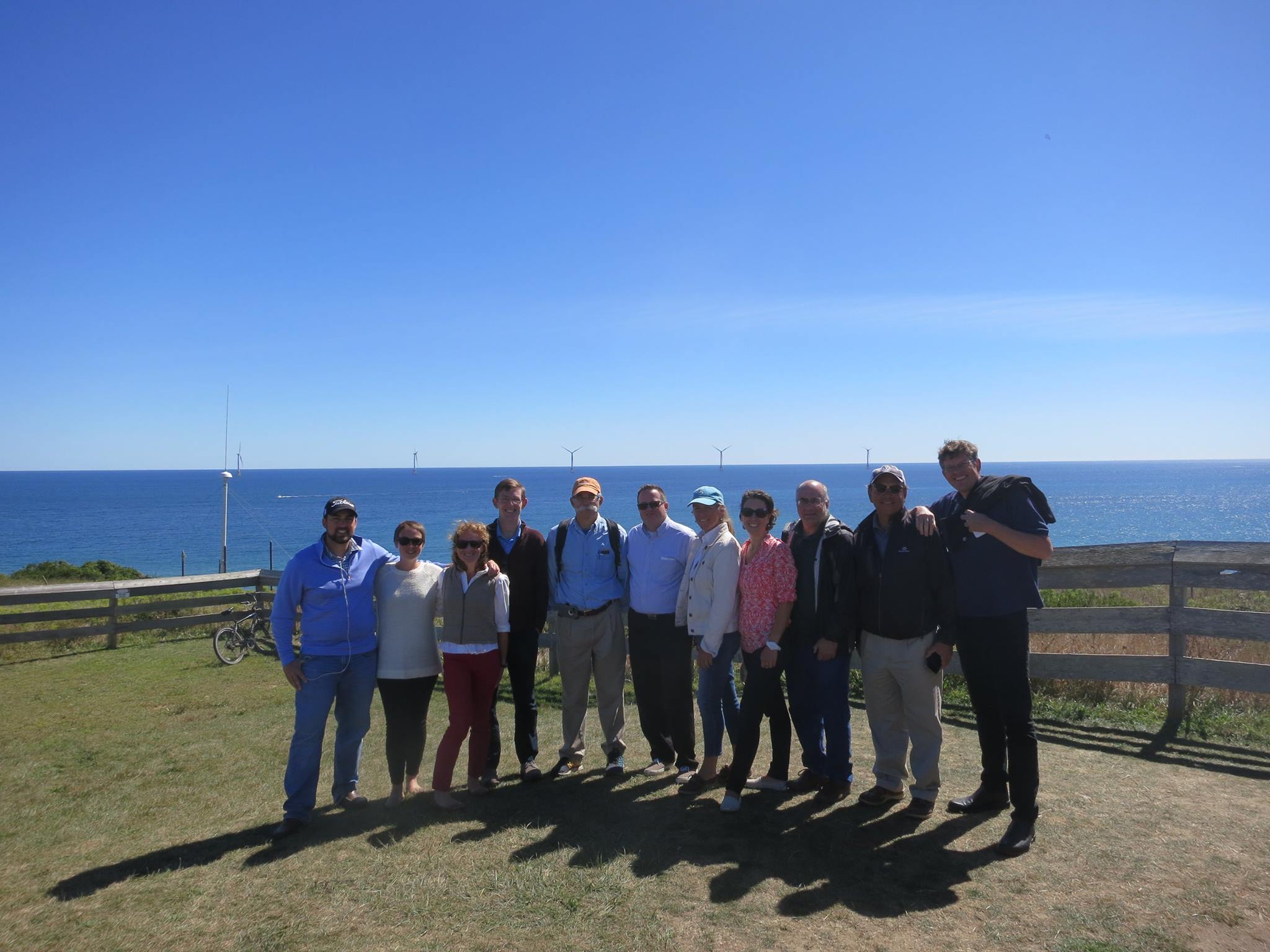 Though the monolithic turbines stand out most dramatically, the transmission cables that daisy-chain the turbines to Block Island and connect the island to the mainland are equally impressive. Custom-fabricated in South Korea, the buried cabling stretches for nearly 30 miles and can handle a staggering 34.5 kilovolts (kV). Additionally, the new electric substation constructed on Block Island – the brains of the operation – will manage and dispatch power to meet the island’s load and send excess to the mainland grid. Though they will remain largely unseen and unknown, the transmission lines and substation were critical to the project’s feasibility and eventual implementation.

Ultimately, the legacy of the Block Island Wind Farm will not be enormous power output or engineering triumph. In fact, it is just a fraction of the size of the projects that will be built in the federal lease-waters further offshore. However, the project will have great historic importance as America’s first offshore wind project and the spark that is likely to ignite a homegrown offshore wind industry in the Northeast, bringing jobs and investment to Quonset, New Bedford, and beyond.

For now, though, NECEC tips its cap to Deepwater Wind and the Block Island Wind Farm project team. An impressive opening act for American offshore wind.