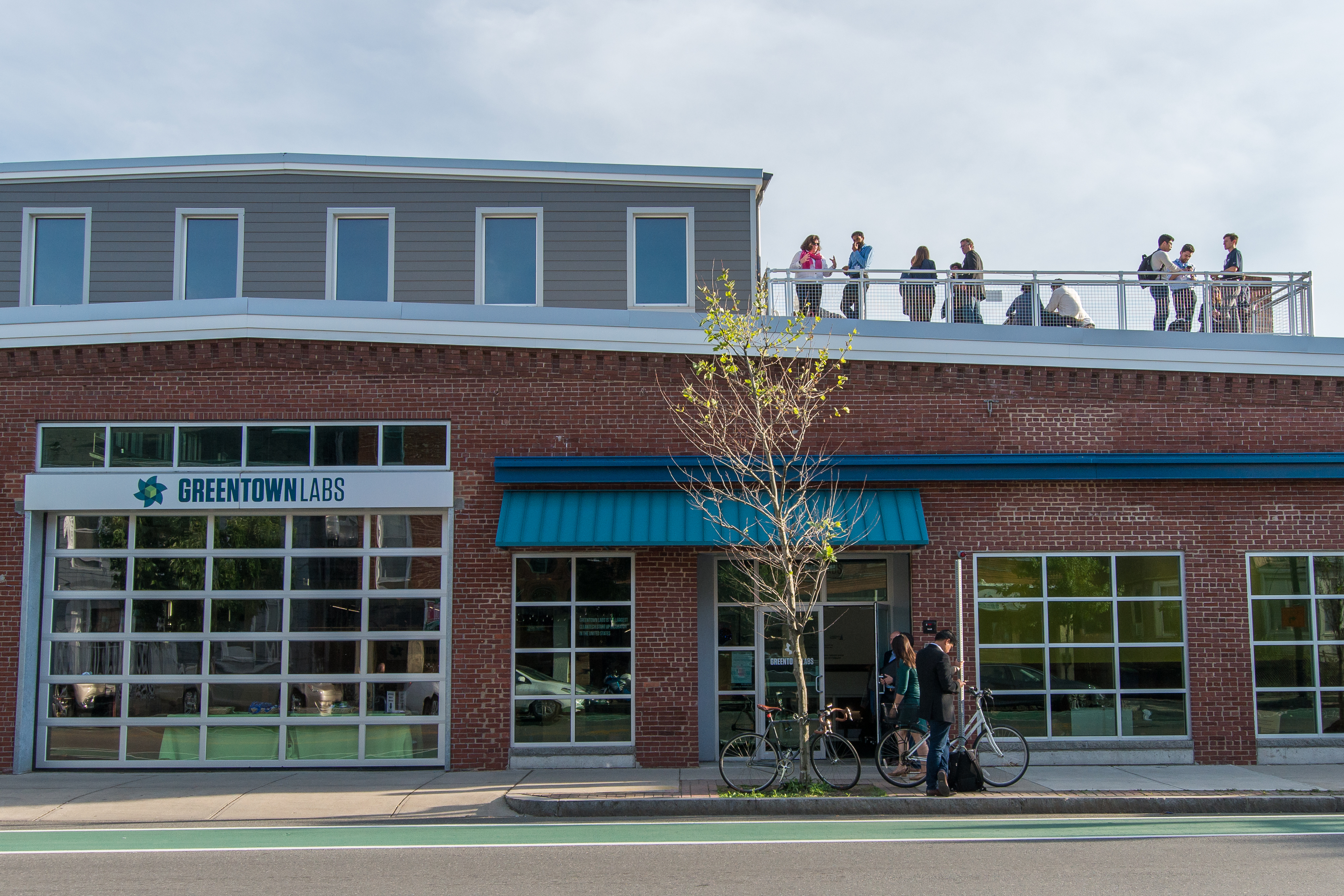 Locating itself inside one of America’s leading hubs for climatetech innovation, the Northeast Clean Energy Council and NECEC Institute (together known as NECEC) have moved their headquarters to Greentown Labs in Somerville, Massachusetts. Founded in 2006, NECEC brings together business leaders and climate/community organizations to advocate for the creation of a diverse clean economy. The organization was headquartered in downtown Boston over a decade, but chose Greentown Labs as its new home to engage with emerging companies in this sector.

Greentown Labs is the largest climatetech incubator in North America, with its 100,000 sq. ft. headquarters campus near Union Square in Somerville, and a recently opened 40,000 sq. ft. incubator in Houston, Texas. It has incubated nearly 450 companies, that have created more than $2.4 billion in economic impact across the New England region. Greentown’s current community of more than 200 startups and more than 70 corporate partners feature a variety of innovations and expertise that will be critical in the transition to a decarbonized economy. The incubator is focused on supporting startups that are developing new technologies to tackle the largest greenhouse-gas-emitting sectors: transportation, energy and electricity, manufacturing and industry, agriculture and water, and the built environment, as well as those that support the resiliency of people and infrastructure.

“We want to be where the innovation is,” said NECEC President Joseph Curtatone. “Climate tech has spent the last decade gaining momentum. By the end of this decade it will be the driving force behind the regional, national and international economies. We want NECEC to be at the vanguard of this movement, and for emerging companies to understand the immense importance of creating a diverse workforce, policy and marketplaces in driving the adoption of these technologies.”

“Greentown and NECEC have a long-standing partnership and we’re thrilled to welcome their team into our community as they relocate their headquarters to Somerville,” said Greentown Labs CEO Dr. Emily Reichert. “NECEC is a pillar of the Northeast innovation ecosystem and has successfully advocated for policies we need to decarbonize all sectors of our economy as rapidly as possible. Smart policy, especially at the local, state and regional level, can play an important role in spurring innovation while also creating new market and job opportunities. We look forward to working with NECEC to inform and connect policymakers with the innovators developing the next generation of climate change solutions – right here at Greentown Labs.”

“We want to be where the future is being imagined so we can help it arrive early,” Curtatone said. “This move reflects our urgency to build a climate-friendly economy. We need to impact people, place and planet. The 2020s will be the decade where we either succeed or fail on that front. Our goal is to take the brilliant, cutting edge, society changing ideas emerging from places like Greentown Labs and inject them into the mainstream as quickly as possible, to make cities and states realize there’s a technological boom ready to deliver a healthier climate and new jobs. We think this is the ideal place to be during what we anticipate will be a decade of rapid and positive change.”