Clean energy policy, innovation, and business leadership were front and center themes at our  Annual Meeting this week, which brought together nearly 100 NECEC  Members and Sponsors for a half-day of discussion and insight into the year ahead for clean energy in the Northeast.

Hosted by NECEC Sponsor Foley Hoag LLP, the group of clean energy business leaders heard about NECEC’s extensive work over the last year to prove how the Northeast US is leading the nation and the world in clean energy development, demonstrating how to address climate change while growing the economy. 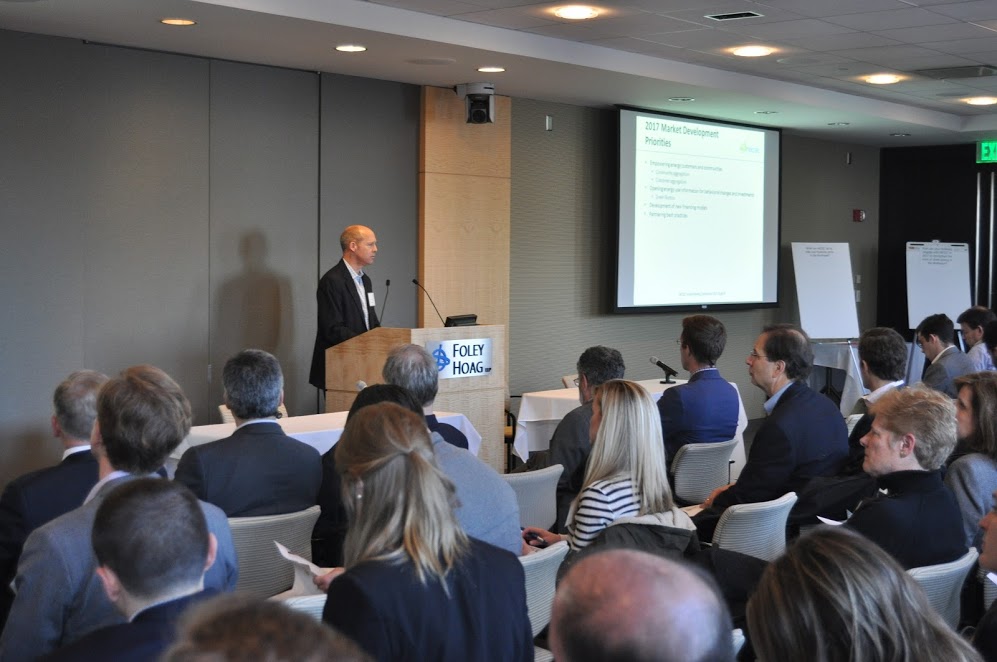 Dave Wilby argued that there are “certainly plenty of reasons for optimism… especially here in the Northeast.” The panelists agreed that economics are trending in favor of clean energy over carbon-emitting fuels.

“I don’t think any one elected official can get in the way of markets,” noted AEE’s Arvin Ganesan. “The cost advantage that advanced energy has cannot be replaced.” The panelists also agreed that unraveling existing policies friendly to clean energy would be more difficult and take longer than Trump expects. For example, pulling out of the Paris climate agreement could take nearly four years to accomplish, the entire length of President Trump’s term.

Bloomberg’s Cheryl Wilson emphasized that it is unlikely there will be any changes to the clean energy friendly Production Tax Credit (PTC) and Investment Tax Credit (ITC). With a phase out schedule already in place, it would be “strange for Congress to step in.”

As the panel concluded, Wilby left attendees with one final sentiment: state energy policy is more important than ever. “It is up to all of us to engage,” he said, encouraging NECEC member companies to become more involved with NECEC under the new administration. 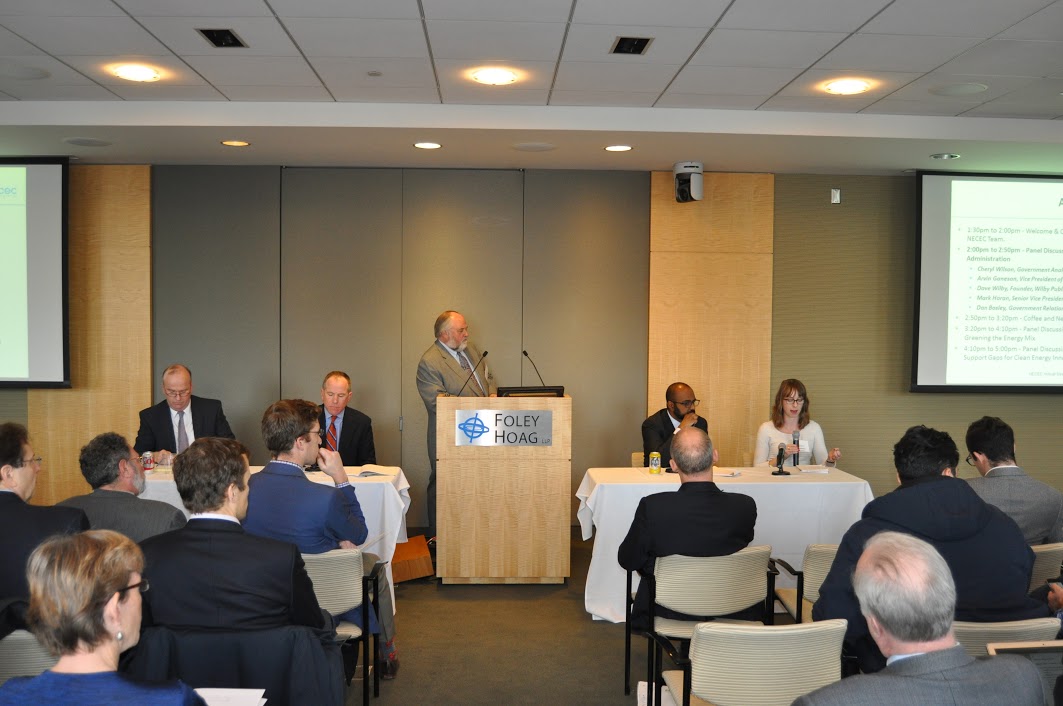 After a successful year in clean energy, NECEC looks towards 2017 eager to build on the takeaways of the Annual Meeting. If the ideas expressed and the passion demonstrated during the afternoon are any indication, the voice of clean energy in the Northeast will continue to grow in the year ahead.